Trade Call Investments Apparel (TCI), is one of South Africa’s leading apparel design and manufacturing companies, and the majority shareholder is the Southern African Clothing & Textile Workers Union. In April 2014, TCIA was formed through the acquisition of the Seardel Apparel Group, with the purpose of securing jobs in the local sector and creating a sustainable, world class Clothing and Textile value chain within Southern Africa.

The 1 Million T-Shirt Campaign is the official #mandela100 t-shirt. In partnership with the Nelson Mandela Foundation, Trade Call Investments Apparel are the proud manufacturers of the t-shirt celebrating the centenary Year of Nelson Mandela in 2018/2019. The unique t-shirts depict an image of Mandela’s face and consisting of 240 words associated with his vision, wisdom and legacy. The cotton for the t-shirts is grown in Malawi, Madagascar, Tanzania, Zambia and Mozambique and the t-shirts are made in South Africa. Take a look at an overview of the launch on the 23rd of April 2018. #Mandela100 #bethelegacy #buylocal #supportlocal 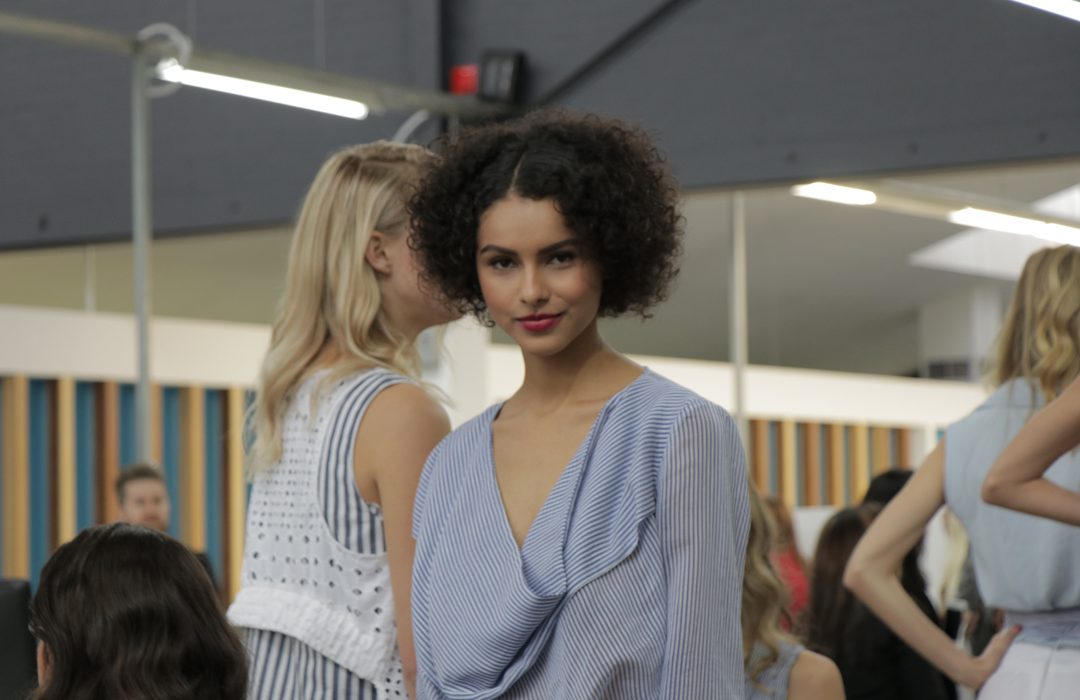 The TCI Apparel Design Centre opened its doors in Cape Town on 9 June, and it’s a huge moment for local fashion. TCI manufactures clothing locally, which means big retailers can buy clothing from a local producer (and not China). TCI promises to breathe new life into the local fashion economy, and set a new standard of ethical and sustainable fashion in the country. Marie Claire was invited to the launch of the new clothing-manufacturing facility.

We were welcomed with drinks and the atmosphere was exciting, and although we didn’t know what to expect in the Cape’s industrial hub, we were in for a surprise. ‘The Babylonstoren of Epping’ was heard throughout the day. And it’s true: the factory is surrounded by lush, landscaped gardens and an unmistakable sense of peace and tranquility.

The large rooms of the design centre were transformed into beautifully curated spaces. Models draped in TCI Apparel designs were carefully placed in beautiful light, and a soothing soundtrack created a warm and intimate atmosphere. We got to see the state-of-the-art machinery and interactive design rooms which will be used during the design process. All the while, nibbling on treats created by Jacques Erasmus from Hemelhuijs.

Natural light poured in through the skylights as we walked through the rooms. Every detail of the building was carefully constructed to complement nature, rather than disrupt it. Using solar power, eco vinyl tiles, living walls and borehole water, this centre is the future of green fashion, and will hopefully set the standard for manufacturers in fashion and other sectors, too.

Speaking at the event, Zyda Rylands, the CEO of Woolworths South Africa, applauded the work done by TCI Apparel. She shared the stage with the CEO of Truworths, in a real demonstration that even competitors in the retail industry have one common goal: to ensure a local fashion industry that is ethical, sustainable and contributes to the economy.

Most retailers are pushing out clothes faster than ever, and we’ve truly entered a fast-fashion culture. ‘The production of fast fashion is highly detrimental to our environment,’ said the TCI Apparel team. ‘To produce a single cotton T-shirt, thousands of litres of water is needed. Then the T-shirt is transported thousands of kilometres, which creates massive amounts of carbon dioxide. This process is destroying our planet and promoting unethical trade, which is brought about by cost-reducing suppliers that disregard their environmental impact to turn a profit,’ said Herman Pillay, the CEO of TCI Apparel.

Few people are as passionate about sustainable fashion as Cyril Naicker, the South African fashion fundi who’s also the Cape Town representative for Fashion Revolution. We had a conversation with him a while back about the immense impact of fashion on the environment. ‘The goal is to create a system that can be supported indefinitely in terms of both environment and social responsibility and still maintain the current business models,’ he told us and went on to highlight a very scary fact: ‘Did you know that the clothing industry is the second largest polluter in the world, second only to oil?’ Every stakeholder in the fashion industry, from the textile manufacturer down to the consumer, needs to actively make their contribution in keeping our planet clean and wearing our clothes with pride, knowing that it was created in a sustainable and ethical way.

TCI Apparel takes the lives of our staff and customers seriously and we have put measures in place to limit the spread of COVID-19. We are closely following the guidelines set by the South African government. Your cooperation is appreciated. We will get through this together.